This World Cup, I've been quite surprised to find myself really enjoying the football -- but only when England lose. Why is this? What about my native country losing fills me with such schadenfreude? 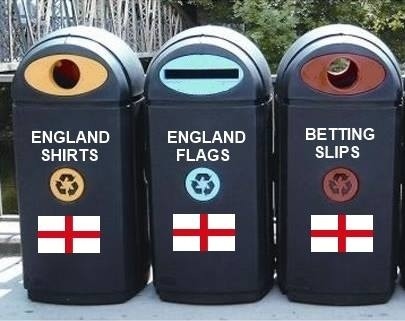 Dwelling on this, I've come to think that the England football team represents almost all the things I hate about this country.

All this money spent, all this attention given, and we still lose, and miserably too. English football then perhaps the standard bearer for the kind of country UKIP and the Tories think we live in, and them being beaten is sweet revenge.

For me, one of the most frustrating things about any kind of vaguely nerdy fandom is the application of what I can only describe as selective imagination. This is most extreme in things

PhDs take years, are an "original contribution to knowledge", and are generally paid for by the taxpayer. They are then generally read by a handful of people -- generally a supervisor