For me, one of the most frustrating things about any kind of vaguely nerdy fandom is the application of what I can only describe as selective imagination. This is most extreme in things like Game Of Thrones -- producers and fans will happily defend the whiteness and male gaze of the thing as it's "realistic", you know, because it's really just medieval. Leaving aside how inaccurate that is, this misses the fact it has fucking dragons, frost zombies and magic. Why is it so easy to imagine those things but not an even remotely representative cast?

This has also struck me as a board game phenomenon too. By way of reference, let's compare two relatively recent games I really enjoy: Android: Netrunner and Mage Wars.

Both have a lot in common.

So why is it that Netrunner is currently the in vogue game, and Mage Wars is lesser known? Outside a few practicalities (Netrunner is much more portable), for me at least, a key factor is that Netrunner didn't stop its creativity when it came to the art. 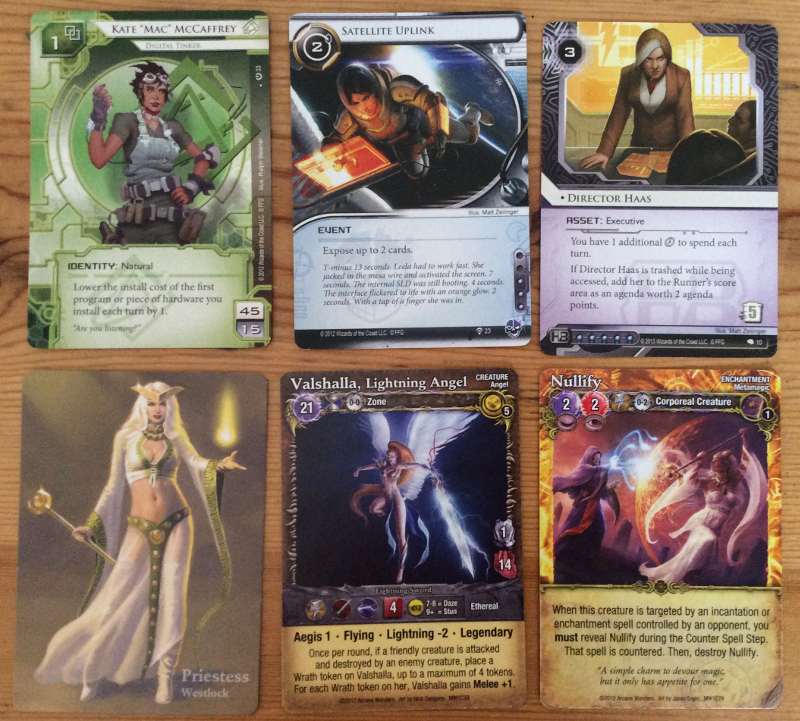 The art and theme in Mage Wars could not be more generic. The four basic avatars in the game are all old, endlessly recreated tropes -- fiery warlock, robed bearded wizard, under-dressed healer lady, wilderness guy with pets. The women pictured above can only be described as "teenage boy fantasy from Photoshop magazine", and seem to lack internal organs and sensible clothing. Again, I'm sure this can be justified as "appealing to our demographic" or whatever code people use for "we only think boys will buy it anyway" nowadays, but really.

Netrunner, in the other hand, is a breath of fresh air. The default avatar is a brown (I think) woman hacker artist. Other avatars, which are released on a regular basis, are incredibly diverse. This theme is carried through to the actual cards you play with -- there is no shortage of imaginative theme, fresh ideas and a diversity of body types and people.

Why is it that Mage Wars' creativity stops at the art, when other games embrace it so much? With so much investment in other aspects of the game, why did the theme have to be so generic I actually feel embarrassed getting the game out for new people? What is is about the selective application of creativity that bugs me so much?

I think it's that this doesn't seem to stop at the level of game design. The board games community is famously overwhelmingly male: the "core demographic" excuse mentioned I've heard way too many times. There is equally seemingly no creativity aimed at ways to make the hobby less sexist and racist and more appealing to people who are not white men. Yes, it's difficult, yes, it's no one person's job, yes it's a hobby, I agree with all those things. But it is constantly bewildering to be how much even talking about these issues is a taboo, when it is in everyone's interests to have a more diverse hobby, from publishers to gamers. I think the core of my annoyance is that this is an embodied example of the "not my problem" school of sexism deniers everywhere.

I'd love to think that part of the reason for Netrunner's success, and its reputation as the "nice" TCG is it's art and theme. It seems that it should be a marketing imperative -- do publishers not want a range of people playing their games? Do gamers not want a more diverse hobby? For all these reasons, I cannot think of a better place to start in these games than abandoning this kind of juvenile art, and a move towards creativity in all aspects of game design. 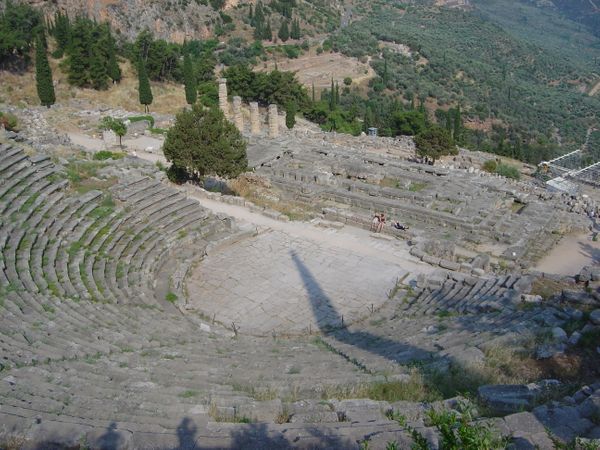 In this article I’m going to talk about how both the ability to create sound and the ways that we hear it are bound up in social power: affected by gender (on

This World Cup, I've been quite surprised to find myself really enjoying the football -- but only when England lose. Why is this? What about my native country losing fills me with such

Dr. Kim Foale
—
Selective Imagination: you can be anything you want, but you can't be that
Share this